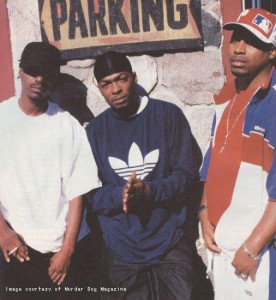 Trick aka Dammarco, Dawreck aka Reckless aka Rek and Hanius aka Hideous, that are the Chi-Town underground kings Triple Darkness. We all met together through Psychodrama, Hanius thought of the name of the crew.

The album is doing good. It has features from Do Or Die, Snypaz, Psychodrama, Crucial Conflict, Turtle Banx, Legendary Traxster, Rek Sumn und Zzaje. It’s hot – go get it on cdbaby.com, itunes or from our own website.

How long did it take make the album?

2 years. The album was done twice. We had to change things for legal reasons, sample clearances and shit. Record label bullshit, you know. Hanius got shot and then went to jail for securing his own safety, you know what I mean.

Chi-Town style: a mix of east, west and south with a midwest twist. Raw ass lyrics like eastcoast over banging beats like the south with real melodic grooves like the westcoast. And being from the Chi, it’s always gonna be gangsta and pimpin’ ‘cause that’s how it is in Chi and most of the Midwest, for real. Not like movies or this rap shit! Staying in the streets keeps you humble.

What were your musical influences growing up?

N.W.A., Slick Rick, Rakim and Dr. Dre. OCU, Common Sense, Da Brat and Twista were the first artists from the Chi we ever heard of. Plus we’re feeling a lot of people out of the Chi. Kanye, Drama Ward of course, Bagz, Psychodrama, Buk, Snypaz, Crucial Conflict, Lupe Fiasco, Jah Rista, Soundmaster T, Chi Bluzz, Newsense, Shawna, Teefa, Bump J, Bo Deal, E-Dubb… to many to name. But you get the picture – Chi-Town coming with it! 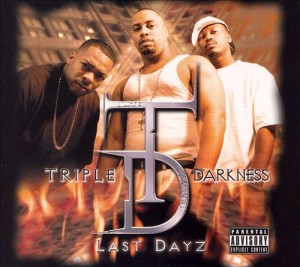 What’s the reason why Chi-Town rappers are often underrated?

People in the Chi don’t fuck with they own fam. Everybody here has a brother, cousin or homey that’s trying to get on but they rather glorify what they see on TV. Man, we got so many fake gold front wearing, backpack wanna-be Jay-Z slash Lil Weezy ass niggas in the Chi that they don’t understand the economics of it and that by not supporting each and every artist from the Chi they lessen their chances of ever getting on. It’s all about controlling your destiny.

How do y’all feel about Twista? To me, he’s a Chi-Town pioneer. But peeps are hating on him and saying that he’s doing nothing for Chicago.

Twista has been a close personal friend of ours for years. And he’s one of the rawest rappers ever. I don’t hate on him. He doin’ him, we doin’ us. When he fell off, we supported him. We had his back ‘cause he was from here. When anybody dissed him, we were ready to fight. We used to have a crew called The Mats Crew. But everybody doing their own thing now. As far as doing something for Chicago, we gonna have to leave that to Triple Darkness. Because we are real and the people around us are real, too!

If you could make your dream record come true – who would you have on it?

“Last Dayz” is your third album as a group. What will you be remembered for when it’s over?

It ain’t never going to be over. Right now, we’re working on a Triple Darkness DVD. We got another Drama Ward album coming in 2008. We make classics. We rapping forever. So all you fucking haters deal with it! 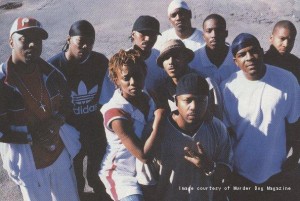 What’s your favorite song you ever did as a group?

Hanius: Get the money from the “Comin Up In The Darkness” album
Dawreck: My songs are like my children, they are all my favourite.

How does a regular day in your life look like?

Some more questions for Dawreck … you’re a producer, too. How long does it take you to finish a beat, before doing the mixing and all that stuff?

It varies. Could take one day to one week. I’ve been working about one year on the “Last Dayz” album.

Tell us a little bit about your upcoming album “The Balance” which will be entirely produced by the Legendary Traxster. What makes the difference to your first album?

First of all, it’s not titled right now. But I might call it “Chicago Killa Noize”. Yeah it’s right, Legendary is producing the whole album. This will be my first album that I didn’t do any of the production. Traxster recently moved over to Atlanta, Georgia. So I have to travel to finish it up. So it might take a little longer to get it done.

In retrospect are you still satisfied with your first CD?

Yes, but my first album came out in 2002. I’m more mature now and I believe this album will really shine a light on my talent as a lyricist and songwriter and bring my audience closer to my frame of mind.

‹ Equinox Records – The Day It All Made Sense: Equinox 10inch Series