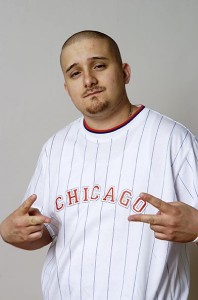 Introduce yourself first – where do you come from, what have you been doing so far?

What up, this is Visual from Chicago. I been on the grind for a few years now … guest appearances , mixtapes etc. I rap, write, produce and work hard as hell. I’m about to drop my first official album “Figured It Out” very soon.

Is there a specific meaning behind your stage name?

I used to go by Ndvisual which meant ‘In The Visual’, you know? Like, in what you see everybody wants to see something or see what they hear about, everybody wants to put a face or image to something. Now, the name is Visual and it still holds the same meaning. It represents that same fact that people want to see something materialized. I think I speak for a lot of people that feel they don’t have a voice in society, mainly the youth. I’m Latino and I rap and I am part of two different cultures that society is not very acceptable of, unless it’s on a movie screen or some corny ass song or commercial. I feel I represent Latinos, Hip Hop heads and anyone with a “different” way of thinking. I represent two cultures that are right now at this moment being pimped by corporations & Hollywood. I represent that other side for people just like me. I make a lot of things visual for them. Whether it’s things that they go through that I bring to the surface or ideas that they have, aspirations, dreams etc. I’m able to paint that picture because I’ve been there, too.

Your new album is due to be released real soon – could you just share some thoughts on this piece?

This is me lookin’ at me and saying “This is what I got, fuck the bullshit”! This album is a lot more than rap music or hip hop. It’s a piece of me. Everything on this album is the message that I want to give to anyone that is about doing some real things. It’s me saying something and truly expressing myself and saying shit that I feel people need to and want to hear. It’s like Inspirational Thought Provoking Gangsta music for the Soul … make sense?

What about the featured rappers? Who did the production?

On this album I got a few of my guys from my Community Service fam, I got my home boy Dism on a track called “Ever day Thang” and my guys Chances & Nalij on a track called “Ya’ ll are los’ in”. I also got a song I did with Juice on there called “Blessed” which is produced by Panik of the Molemen. All the other tracks except for the track with Juice are produced by my guys Infinite Beats and Bigg Deebo.

How do you describe the lyrical content of the album?

The content on the album is raw and in your face. It’s me expressing myself to the fullest. Speaking on thoughts, ideas, feelings, experiences and what I did, what I do and what I’m going to do. It’s not a bunch of crack talk, thugg’in, punchlines, let’s save hip hop or anything like that. There is none of that on this album. This is more like save yourself, do YOUR thang. I feel like with this album, anything I do in the future can’t be questioned ’cause I’m laying it all down right now … this is my introduction to the masses.

What’s new in comparison to your old albums?

Everything. This is something completely different than what I’ve done in the past. Before I was going through a lotta bullshit in my personal life and handling things I needed to handle. I always had a love for what I do so I made songs, put ‘em on CD and put it out, but I feel like I wasn’t able to do it the way I really wanted to do it. For this album, I had things the way I wanted them to be, I was a lot more comfortable with my situation so I was able to plan this album better and do exactly what I wanted to do with it 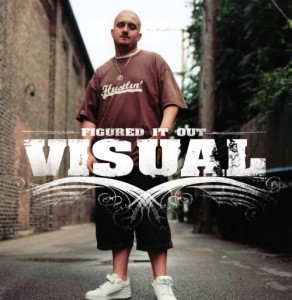 You released a mixtape (“The Essence”) along with your crew Community Service in 2004. Who’s in the group? Will there be further releases, maybe an album?

Community Service is a group, a label with artists, an idea and a movement. As time goes on people will see how each of those elements materialize. Community Service is Infinite Beats, Bigg Deebo, Rios aka Kinetic, Dism, Chances, Nalij and myself. There’s also a bunch of people that we work with closely that are extended family. There are definitely a bunch of future releases in the works right now but I won’t speak on those until they’re closer to being complete. The one thing that you will see soon and is schedule to be released next is a compilation by Infinite Beats featuring all the Mc’s from Community Service and a few others.

You hail from Chicago, Illinois – to what extent does your music reflect this origin?

Chicago is a big part of my music. I’m from here for real. A lotta cats claim it and wanna say it all over their music but nobody sees them around or ever saw them around. I was born and raised here and people all over the city recognize me and the funny thing is that I’m all over the place so much and so chill about being a rapper that most people don’t know from me from being a rapper, they just know me from seeing my face everywhere in the city. So yeah, being from Chicago reflects a lot on my music, it’s what I am. You can hear it in my music, the attitude, the slang, the swagger…

Do you think that there’s something like a specific Chi-Town sound? What differs you from other big rap cities?

I think people used to say that twisting or rapping fast was our “sound”. I feel that’s a part of it, cause it’s part of our history. But we have a lot more than that. I personally feel it starts with the beats, a lot of the stuff that the South is blowing up off of right now to me is the Chicago “sound”, you know all that bass and thick beats that you bump when you drive, them fast hi-hats, that double time shit, that’s Chicago. See, here we’re Country City people – we live in a big city but almost everyone knows each other and when you really take in the city, you have this country element to what you do and how you act. Most people here just say it’s you being “ghetto” or whatever but it’s just how we speak, move, what we do. We got it all here and now that’s starting to show. We got Twista, Kanye, Common, Rhyme Fest, Vakill, Psycho Drama, EC and the list goes on and on … If you listen to all those artist you realize that we got it all here. This is the new home for hip hop, the main reason being is cause none of us ever had shit to claim and when someone or in this case a whole city has nothing and is constantly being overlooked, it eventually starts to shine. We got all kinds of things going on here and the music that comes out of here is starting to reflect that. The variety is what separates us from everybody.

You worked with a lot of different people – do you have any anecdotes or funny stories for us?

*Laughs* Yeah … I worked with all kinds of cats but I gotta say the funniest, most entertaining shit ever was when I worked with Thigamajig. If you never heard of him, you need to find out. That dude’s a Chicago legend and he’s hilarious. I invited him to the studio to lay down some ad libs cause I knew he’d be perfect for it and it was an “experience”. I’ll just say that it involved beer, blunts, gas and thig just being thig … let’s just say that … *laughs* 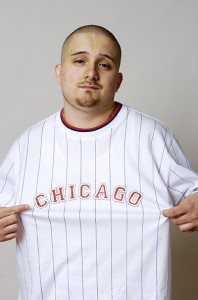 You try to get recognized in Europe for sure. What’s your opinion on Europe as a continent, as a huge area with an own rap-scene and last not least as a market for your music?

I think Europe is a big part of the puzzle. Europe is as important to Rap and Hip Hop as the US. It’s worldwide now and Europe without a doubt is doing their thang. Europe gets big respect from me. Every time I come in contact with anyone from Europe they show nothing but love and I know that Europe will be a big part my success.

Do you see yourself as a part of the Latin-Rap scene in town or is this categorization unimportant to you?

I know that you rock a lot of shows in and out of town. Tell me what’s going on when you stand on stage…

I’m tweakin’, plain and simple. I get up there and I just try to zone out. It’s crazy when your up there. Everything is on mute, there is no sound up there. You just feel that energy and you know what you gotta do so you just do it. When that crowd reacts to you a certain way that’s when it gets even crazier. It’s intense, it’s good feeling.

When can we expect a tour through Europe / Germany?

Do you have any last words at the end of this interview?

I just wanna thank you and everybody at the site for the interview. And thanks to all the fans and supporters that have been here with me. Also, if you wanna get in touch with me or wanna hear some music check me out at Myspace.com/Visualcs, look out for “Figured It Out” dropping very soon! Peace and Blessings!