First off, you’re not well-known in Germany, most people only know you from “Who You Think I Am?” from Doom’s LP… Can you introduce yourself? 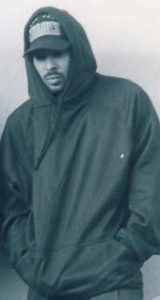 Three different names… why? Many people try to make their name known by using only one…

Well I’m not like many people in the game, but then again I am because I’m more than one.

Okay I see, so are you sick and tired of HipHop how it is right now?

Very much, most of it is not even HipHop. It’s some new kind of shit that they use to get money. Noone even cares about the art no more. But i still love the shit. Mostly the shit we do. And our peeps.

Thats the point! When I listen to your productions, your beats for Darcmind or even the MIC, they are very oldschool-orientated, you know. You got heavy basslines in there, you got a lot of piano-keys, film-samples… it’s like a reminiscing about the “Golden Age of HipHop”, the early nineties…

It’s just the raw shit. The shit before you shine it up. Fuck that, the shit should be dirty anyway. It’s HipHop not R&B. Save that clean shit for them singing cats.

Could you imagine to do a song for the Ladies? You’re coming raw as fuck on every single verse you drop… Like you did it on “Witchcraft”: “your bitch laughed / so I smacked her bitch ass.”

I respect my ladys that I deal with but that’s not the type of music I do or the type of person I am. I’m a oldschool ruffneck brotha that will run a nigga down in the street and beat your motherfuckin ass. And smack your bitch up so I like to rap about that. I’m a monster.

I guess that’s the shit many people want to hear… So you want to bring the original flavour of this music back. Let’s talk about the old times… How did you get involved into HipHop? I heard that you worked with a cat named Sugar Bear back in the days…

Yeah we had a 12″ out on Next Plattu called “Ready To Penatrate”. That shit was ill back then we wen’t on tour with EPMD and MC Shan. I was the DJ.

After that you teamed up with the group Legion Of D.U.M.E. which consisted of you (G.M. Web D), Prime Time, Kev Roc & Scott Free. Why did you break up and why doesn’t the group exist anymore?

That’s a long ass story, but here’s the short version: Scott Free got a job as an A&R at Loud Records just as we got the deal and Prime left the group so me and Kev hooked up with Loud as Darcmind and did the “Soul In The Hole”-Project but shit was mad shady so i had to bounce. But we made some money fuckin with Loud but they were too unorganized. The money ain’t shit to me, I just love the music. We need a lable that loves the music like we do! 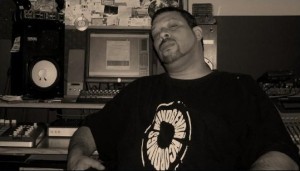 You were on a soundtrack with big names like Wu-Tang, Brand Nubian… and just say fuck it?

Fuck that, we a big name too. They just don’t know it.

You also worked on another soundtrack, “On The Ropes”, which got alot of your music on it. Tell me something about it… you did the productions?

That shit was just some shit I did for a friend and they kept changing my shit – so it’s really not me, I just did the drums on most of the joints.

What did they ask you to do?

I did the score and the soundtrack, but then they made me take out all my samples and put some wack keyboard player on top of my shit so fuck them, my beats are hotter than that, but they was to cheep to pay for samples. I was like fuck that, let’s just jack them shits you fuckin pussys.

This game is full of pussys and I ain’t fuckin with them.

So you said fuck them, and decided to do it your way. You created something real big, the Monsta Island Czars. How did you all come together?

Doom, Grimm and me, we was the links to the Monstas. All workin in the same mind frame.

You knew Doom, Rodan, Grimm & Kong since the early KMD days (about 1990). Why did it take so long to release your first full lenght called “Escape From Monsta Island”?

Monsta Island wen’t through a lot of changes some of the original cats are not even down anymore. That M.I.C. album was done in Sept 2000. When I gave Doom the cuts he had it for one year before Rhymesayers even got it and he changed some of my beats around. Shit was just a fucked up deal. Doom is my man but he is no bizzness man. The next album is gonna be the real one. 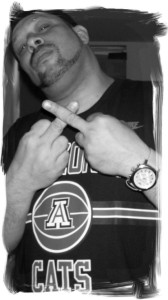 Doom is living in Atlanta right now. That’s a long distance from New York. Are you breaking up more and more concerning the music?

Not at all. Me and the Monstas are on the same page and the new stuff is insane – Monsta Mixes Vol. 2 and the new Monsta Island LP.

Who will be on it? The same peeps?

Speaking about the fam, I heard that female Egyptian Queen rappin’ on Kong’s “Die Remix” and she was servin it raw like a real godess. Will there be another song with her?

Okay, so when will the new Monster Mixes be available in stores?

Who had the idea with all those monsters? What stands your name, King Ceasar, for?

Grimm is the mastermind behind the whole concept and King Ceasar is the birth of a legend. I’m gonna break it down on my Solo-LP coming soon.

Tell me something about this project. Any features on it?

It’s not gonna be like a Monsta Island-Album or my Monster Mixes Joint. It’s gonna be pure like water, no extra stuff.

So you’re working on many different projects right now. What about the rumors goin on about a new Darcmind album?

Female Fun was gonna do the Darcmind-LP, but they takin too long and they broke as fuck. So I don’t know, I might put that shit out on my label Mindbenda Productions.

Are there any last words that you’d like to put out to your fans?

Keep the real HipHop alive and buy my shit!