I’m a Rap artist from Washington DC. I’ve been in the rap biz for about 10 years now. I’ve won various open mics and opened up for alot of people. Wu-Tang, Eric Sermon and Smith & Wesson to name a few.

How did you come up with that crazy name?

Well X-Ray is a persona you know like the former of something. The Barbarian is that Persona that takes shape when I spit. 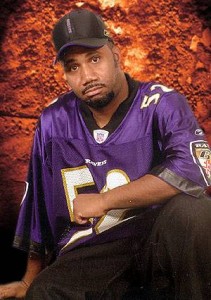 You said to you’ve been rappin for ten years now… can you still remember how it all started?

Well I was at work one day and just started writing a rhyme. I presented that rhyme to a former buddy of mine and he introduce me to his friend who was a producer. We put the rhyme together and made it a song called “Catastrophic”. It was the song that changed everything for me. When I performed that song at clubs people went bursurk.

Is this song still available today? Did it come out as a single or what?

We’ll really put it out as a single but I did put it on Mp3.com. As you well know they are no longer a company.

What did you release next?

I realeased my first CD called “The Barbarian Strikes” which can be downloaded for free @ my website www.xrrecords.com. 11 tracks – banging from beginning to end.

Do you think “The Barbarian Strikes” will ever be available as an official release?

That depends on the demand. If I do well in Germany with “Keep The Haters Running” then give Great thought to releasing that there too.

Speaking of “Keep The Haters Running”… why did you choose such a title. Did you ever feel being hated?

Well you know the rap game and you know some people, your so called friends, when they see you making head way they get jealous and start plotting and planning your demise. And I’ve been through alot of it.

I gotta say that I was really impressed with that cd it was kinda fresh. You have a variety of styles on there. What influences you making music?

Tupac influenced me alot even though he was a thug and i’m really not. He came across as a poet for modern times. He spoke for the underpriviliged and the deprived even though he contradicted himself often that gave him a more of a human look and feel. My style is comes from the heart its a soulful feeling. its why I’m able to chant in melodies my hooks are filled with them and as you probably know from hearing the CD i use a different flow with every song no two songs have the same flow 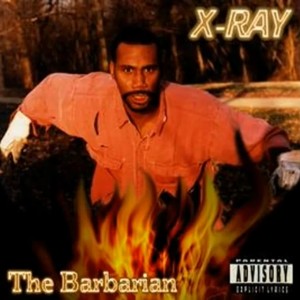 What do you want to express with your music?

I express a need for love in the world. The stuff thats going on right now really concerns me a whole lot but I also have a voilent to me too.

What do you mean: worldwide policies or the stuff that is going on in your hometown?

Well the war in Iraq has great implications it could start the next world war if we’re not careful. I don’t see the reason why we are over there.

So does your music also have a political intense?

Not really. In some cases like if you listen to some of the songs you’ll hear the message. “You Gotta Feel Me” is a real strong song. In the sense I talk about the world now and how we need to change our evil ways. I thought I make that the last song on the album make that the last thing you think about when you finish listening to it.

What’s your favourite song on the album? Why?

Man thats hard. I have alot of favorites. I say “Freak Nasty Man”. That song is hype and its fun even though its not for kids to listen to.

Do you also produce on your own?

Speaking of your career … what are your goals?

Aw man my coal is to turn my label into a multiplatinum selling label.

Are you planning to sign any upcoming artists? Do you have already someone in sight?

Well the two ladies Kim and Kewana that I have on the album, I want to have turn them into a neosoul group. Then I want to have a rap group going at some point.

Will you also be a member of this group?

Probably at first to make sure they get the recognition that they are suppose to but you know the music biz is group today and solo tomorrow so I’ll let it take its course. 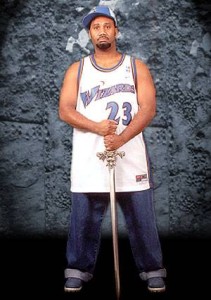 Back to your solo career – are you content with the public reaction to “Keep The Haters Running”? Did you receive also any negative feedback?

Mostly I have recieved good reviews but you got some haters out there.

Is there anything you want to improve on the next album? That you aren’t content with yet?

Well I always want to make my next album bettter than the first but at the same time this album is at its prime in my career, its kinda like a bench mark.

How long did you work on that piece?

One year… really less than that. But if you mean after mastering and manufacturing then it would be a year.

You told me that you come from Washington D.C. I really don’t know too much rap groups from over there. Could you give us a short overview? Who do we need to know? Is there a rap scene at all?

Well the Rap scene is kinda small because we have a large GO GO following here. But if i could sum up rap here kinda like caught in between 2 coasts, the east coast and dirty south.

What does that mean “large GO GO”?

GO GO is home grown in DC. Its very Percussiony with alot of drums, congos. Its kinda how I got started in music. You have a front man which hes like a rapper but he also directs the group in and out of songs but they mainly do like a call and response type of thing.

I know that you get distribution from Old Vintage here in germany – do they plan to bring you over here?

I hope so cause I think the people there would love to see me rock. And I think I would get a good Response over there and if this takes off I can say to anyone ask me who pushed your career to another level I would say Germany fo sho!

I had a discussion with a homeboy on that topic not long ago… Do you think it is necessary for an emcee to have a good stage performance? Or is it enough to bring out a tight cd?

I think a good performance is crucial to how people percieve you. It could determine how much CDs you sell or dont sell, or whether you’ll be doing another album (laughs).

So what’s coming up next from X-Ray The Barbarian? Are you already working on a new album?

Ok man… I want to thank you for takin the time to do this interview. Do you have any last words?

Yeah I just want to say if your trying to do this Rap thing you better have your biz tight and your flow tighter.